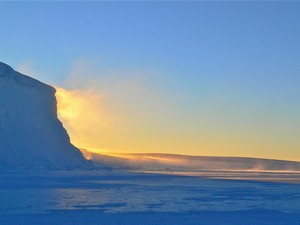 2018 Special Report of the Intergovernmental Panel on Climate Change (IPCC)

2018 Special Report of the Intergovernmental Panel on Climate Change (IPCC)

In 2015, 196 countries committed to taking rapid action to drastically reduce carbon emissions under the Paris Agreement. Now 91 scientists from 40 nations have written a special report for the Intergovernmental Panel on Climate Change (IPCC), once again calling attention to the overall problem. Since as early as 1995, participants at the annual climate conference have been discussing how to cope with climate change caused by humans and how to limit global warming to a maximum of 2 degrees Celsius, or better 1.5 degrees Celsius, above pre-industrial levels.

This target poses challenges for the UN Intergovernmental Panel on Climate Change (IPCC) that cannot be met without the insight and involvement of the industrialised nations who are also the primary sources of emissions (energy production, urban development, industrial cattle farming, transport, private households). In its special report following a meeting in Incheon, South Korea, the Intergovernmental Panel on Climate Change outlined how this target can be achieved and the difficulties to be expected in the process. Whether or not it will be possible to change course again will be decided in the next ten years. There is just not much time left.

Even though we have been aware of the problem for decades, little has happened so far. While experts recognise the urgent need for action and no longer dispute the contribution humans make to climate change, this issue is still a political hot potato. A lot of work still needs to be done to convince voters that it is ultimately in their own best interest not to buy cheap meat from industrial farms, not to take cheap flights, not to allow the unrestricted use of resources, energy and private cars, to switch to public transport, etc. But measures like these hardly win votes. Too few politicians have set a good example to date.

Small step with a major impact

Already in 2015, the participating countries commissioned a special report at the climate conference in Paris with the aim of not exceeding the limit of 1.5 degrees Celsius. This was intended, among other things, to highlight the fact that industrialised countries, as the principal perpetrators of climate change, show consideration for developing countries and emerging economies, which already suffer most from extreme weather events and will continue to do so in the future. How to do this is another question. The earth is already 1 degree warmer today than it was at the beginning of the industrial age. It is assumed that the global average temperature will continue to increase by about 0.2 degrees every ten years. It is therefore likely that it will be extremely difficult limit the increase to 1.5 degrees.

A difference of 0.5 degrees may seem minimal. We wouldn’t even really notice this difference in temperature going from one room to another. But the actual effect of an increase of 0.5 degrees is as incredible as it is frightening. In regions of the earth that are already very hot, the initial impact of global warming is less pronounced than in the Arctic. The North Pole is currently the hardest hit by global warming. The melting of the polar ice is causing sea levels to rise, which could soon spell disaster for small island nations. An increase of 2 degrees would also cause ice in the Antarctic to melt faster. Even though this can also be expected with an increase of 1.5 degrees, it would happen much more slowly. While the Arctic Ocean is ice-free once every century under “normal” conditions, an increase of 2 degrees would mean one ice-free winter every decade. This is an alarming thought, not only for the already massively threatened polar bears.

Even if the 1.5-degree target were achieved, sea levels would still rise within the next few centuries. But at least nearly 2.5 million km² of global permafrost would be preserved for the next few centuries. This is also an important aspect as harmful carbon is stored in permafrost. If thawing causes the carbon to be released, this will also negatively impact the climate and fuel the spiral of increasingly rapid global warming. If the increase is kept to 1.5 degrees, sea levels would probably rise 10 cm less by 2100. If the temperature increases by 2 degrees, sea levels would rise between 25 and higher than 80 cm. In the better scenario, 10 million fewer people would be affected by flooding in the countries affected.

The effects of severe, prolonged heat waves also affected the temperate climate zones of Western Europe in the super summer of 2018. Water shortages, temperatures of up to 40 degrees Celsius and no rain for months on end have also made it clear to Germans that this is no longer about the consequences in the distant future, but that we are all affected right here and right now. In recent years, heat waves have often been replaced by torrential rains. In the future, these heat waves and periods of heavy rainfall will result in far more deaths than ever before. We can save ourselves from the relatively slowly rising sea level in time, but we can’t escape the extremes of the weather. 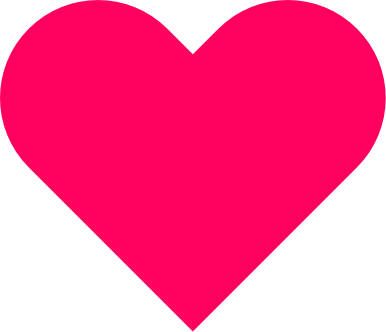